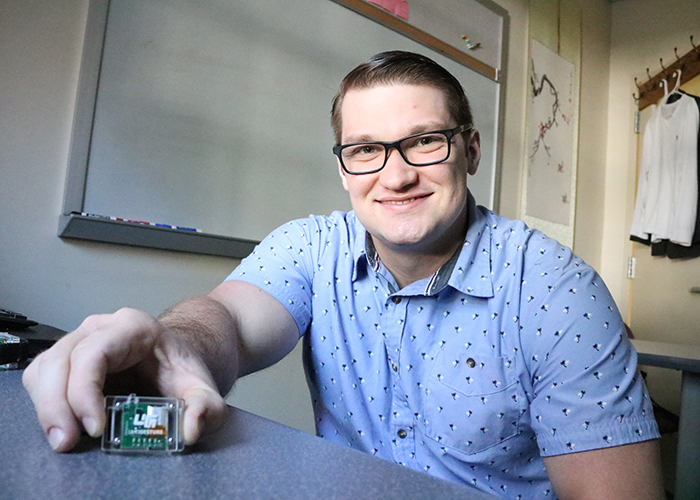 This is called the “UltiGesture” – a small piece of technology that can be attached to a person’s ankle.

Gait blockage occurs when a person is walking forward but their legs stop moving, often causing them to fall and even injure themselves. One device, the Ultigesture, tracks a person’s gait and the other, VibeForward, uses vibration therapy to keep patients moving so they don’t have a falling spell. When used together, the devices can lessen the freezing effect of walking symptoms.

Zhou tells 10 On Your Side that his UltiGesture device can record a person’s movements 24/7 and sends his results to a cell phone app.

“Wherever a patient goes, comes home, outside, we can seamlessly monitor. Seven days a week, 24 hours a day, ”Zhou explained.

This is a particularly personal project for researcher Ken Koltermann. Koltermann is a third year doctorate. candidate working alongside Zhou. His late grandmother suffered from Parkinson’s disease.

“It was really bad watching her try to eat because her hands were shaking and when we went out with her, like going to the market, she would periodically freeze and one of us had to stay near her so that she could. hold on to our arms if she felt like she was going to fall, ”Koltermann recalls.

While the team still has a long way to go in their research, the goal is for the UltiGesture device to eventually hit the market and be used by patients with Parkinson’s disease.

Get the free WAVY News app, available for download in the App Store and google play, to stay up to date with all your local news, weather and sports, live TV news and other live events.