SSeptember 22, 2022 marks the one-year anniversary of the release of the mobile device version of Pokémon UNITE, and there are events, Holowear, newly added Pokémon, and even a new map to look forward to in a companion update. Learn more about everything coming to Pokémon UNITE in September!

Each Pokémon UNITE battle pass consists of 60 battle pass tiers, with thrilling missions and corresponding rewards available at each tier. Complete daily, weekly, and seasonal battle pass missions to earn battle pass points to increase your battle pass level and unlock new rewards. Players can also redeem Aeos Gems for a Premium Pass, which automatically increases the Battle Pass level by 10 and grants additional rewards, such as rare Holowear, each time the Battle Pass level increases thereafter. Players with a premium pass can also get special Battle Pass tickets, which can be exchanged for Holowear, fashion items, and other Season 1 and Season 2 Battle Pass rewards. a great opportunity to get Captain Style: Cinderace, Space Style: Gengar, and more! 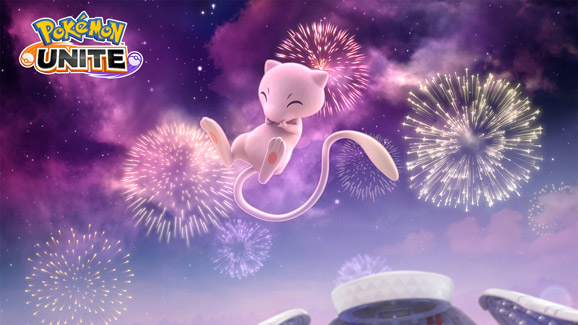 Additionally, Pokémon UNITE players can look forward to the Mythical Pokémon Mew! For a limited time starting September 2, 2022, by participating in the Mew’s Mural Challenge special in-game event, you can obtain the Mew’s Unite license without spending Aeos Coins or Aeos Gems. Earn points by logging in, participating and winning battles, and doing other in-game activities to collect all six Fresco Fragments and unlock the Mew’s Unite license. This special event ends on October 12, 2022, when the Unite license of Mew will be available in the Unite Battle Committee store for 12,000 Aeos Coins. Players will not be able to obtain the Mew’s Unite license from the Unite Battle Committee store during the event, but they will be able to use Aeos Gems to progress through the Mew Wall Challenge faster.

Alongside Mew’s debut in Pokémon UNITE, two more Pokémon will be heading to Aeos Island in September. The Triple Bird Pokémon, Dodrio, sprints into the fray on September 14, 2022, while the Pincer Pokémon Scizor will make its way into Pokémon UNITE on September 28, 2022. 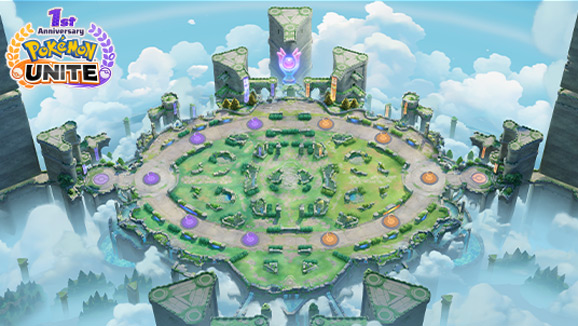 Starting September 2, 2022, Ranked Matches and Standard Battles will take place in the Sky Ruins of Theia above the island of Aeos. On this new map, the legendary giants Regieleki, Regirock, Regice, and Registeel will make their debut as wild Pokémon. Regieleki will appear on the top path, and if you defeat him, he will fight for your team as an extremely reliable ally who attacks the opposing team’s end zones. Regirock, Regice, or Registeel will appear on the bottom path, and the team that defeats it will be temporarily powered up. Bonuses for defeating Regirock, Regice, and Registeel differ, meaning battles can play out in multiple ways.

In the last two minutes of the battle, the Sky High Pokémon, Rayquaza, will appear in the central area. The team that defeats Rayquaza will receive a temporary shield which, when active, increases attack power and goal speed and makes goal attempts unblockable. 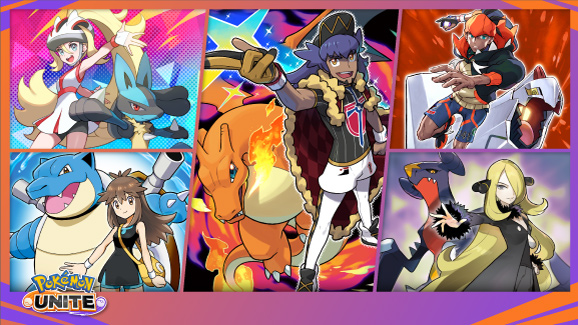 In the Legacy Trainer Showdown event that runs from September 9, 2022 to October 6, 2022, when a Unit Battle begins, Leon, Raihan, Cynthia, Korrina, and Green can randomly burst in to battle you. Try your luck to defeat them!

Season 6 of Ranked Matches begins on September 2, 2022. Increase your rank and receive rewards! The length of this ranked match season has been shortened to approximately six weeks. As a result, the rank reset at the start of the season has been adjusted to allow players to reach the same rank as before.

Fight and aim for the rank of master! 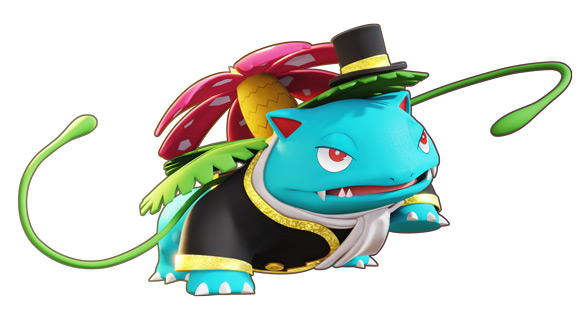 Complete missions to earn Theia Coins to exchange for Capsules at the Capsule Vending Machine. Capsules contain random prizes, such as items you can use in battle. From September 2, 2022 to October 15, 2022, after firing 20 capsules, you can receive Tuxedo Style: Venusaur. And from September 21, 2022 to October 15, 2022, you can do the same to receive Tuxedo Style: Espeon.

This event commemorating Pokémon UNITE’s first anniversary is still ongoing, and during it, players will be able to get Unite and Holowear licenses as special gifts by logging in for up to five days during the event until Wednesday, October 12. 2022. who hasn’t claimed these gifts yet, now is the perfect time to start playing Pokémon UNITE!

If players already own these Unite or Holowear licenses, they will instead receive 100 Aeos Coins per owned item claimed as a reward during the event. Connections do not need to be on consecutive days.