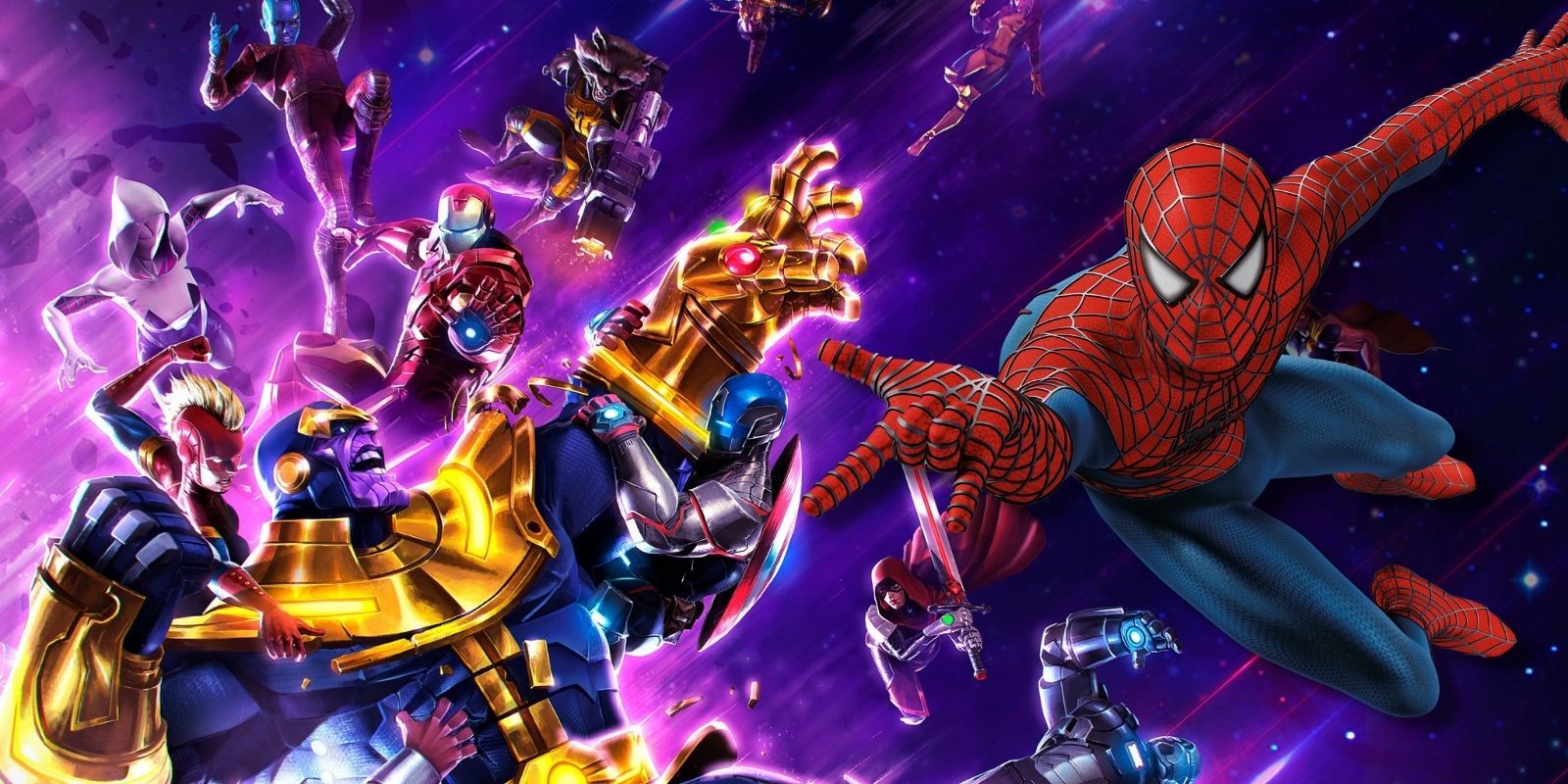 The latest update to the Marvel Contest of Champions mobile game includes several references to the rumors surrounding Spider-Man: No Way Home.

The latest update for Marvel Contest of Champions includes an event related to the next movie Spider-Man: No Path Home alongside some very clever puns.

Found by Facebook user Reggie Nelson and shared by Twitter user @CaptainBayeee, the Side Quest menu for Marvel Contest of Champions includes a selection of new themed quests No way home. Each of the quests is represented by a poster that includes villains to appear in No way home. Chapter One introduces Doctor Octopus and the Green Goblin, followed by Electro and Rhino from Chapter Two, while Chapter Three wraps up the event with Vulture and Mysterio. Promotional material from No way home has so far confirmed the appearance of Green Goblin, Doc Ock, and Electro while the film’s other known villains, Sandman and The Lizard, aren’t featured in any of the missions.

Beyond these visualizations, the names of each chapter are all clever references to rumors regarding the return of Tobey Maguire and Andrew Garfield as their respective Peter Parkers. The chapters have titles such as “To be or not to be?” “And Rue Le Jour” and “Tomfoolery”. Phonetically, each is a clever pun on the names of actors who have played Spider-Man in different movie franchises.

The official description for the limited-time event reads: “A Grim Celebration. Relive some of Spider-Man’s greatest big-screen battles… with a holiday twist.” This further confirms references to Spider-Man’s live-action adventures while teasing The Sinister Six, a group of supervillains who band together in an attempt to take down Peter Parker once and for all.

With rumors swirling No way home will feature the return of Garfield and Maguire, fans are desperate to get their hands on opening day tickets to the latest Marvel Cinematic Universe Spider-Man movie. Some fans have started to fight for the opportunity to see the film while others are trying to resell their tickets for an exorbitant markup.

After months of questions regarding his participation in Now back home, Garfield, who played Peter Parker in both The Amazing Spider-Man movies, recently said, “Listen, at this point people, like … I’m done. Like, we’ll know when the movie comes out and we’ll either be very disappointed, or we’ll be very happy, or like, someone will say, ‘I told you that.’ And the other person was kind of, ‘I told you so.’ We’re all going to find out. “

Spider-Man: No Path Home hits theaters on December 17th. Marvel Contest of Champions is available to download and play for free on Android and iOS devices.

Brad Lang is the editor of video game news at CBR and has been working as a game reporter since 2019. He has an MA in Creative Writing and has written articles on Critical Hit, Stuff Magazine and Rock, Paper Shotgun . When he’s not playing video games, he hurts himself on a skateboard, collects old school metal records, or searches for his cat, Nemesis. If you’re looking for him, you can find Brad on Twitter at @icebearlycoping.